Del Potro beat an ailing Dominic Thiem to reach a first grand slam quarterfinal in three years. His recent upturn has the 27-year-old and his fans hoping all the injuries are a thing of the past.
Venus Williams, meanwhile, suffered one of the toughest losses of her 20-year career — not capitalizing on a match point in a 4-6 6-4 7-6 (7-3) reverse to Karolina Pliskova — and given her age, 36, one couldn’t help but wonder if it was her final US Open.
The way she patrolled the court, however, and her grit, indicated that the seven-time grand slam winner still had plenty to offer.
Indeed she hinted that quitting tennis wasn’t on the horizon, echoing her words at Wimbledon.
“I live in the present so I move on,” Venus said. “I learn from this and I just keep going.”
She held the match point at 5-4 in the third set but could do little, with Pliskova — who won the prestigious Cincinnati tournament last month — saving it with a gutsy swinging volley. Pliskova broke for 6-5 on a net-cord winner when her rival looked set to put a volley away. 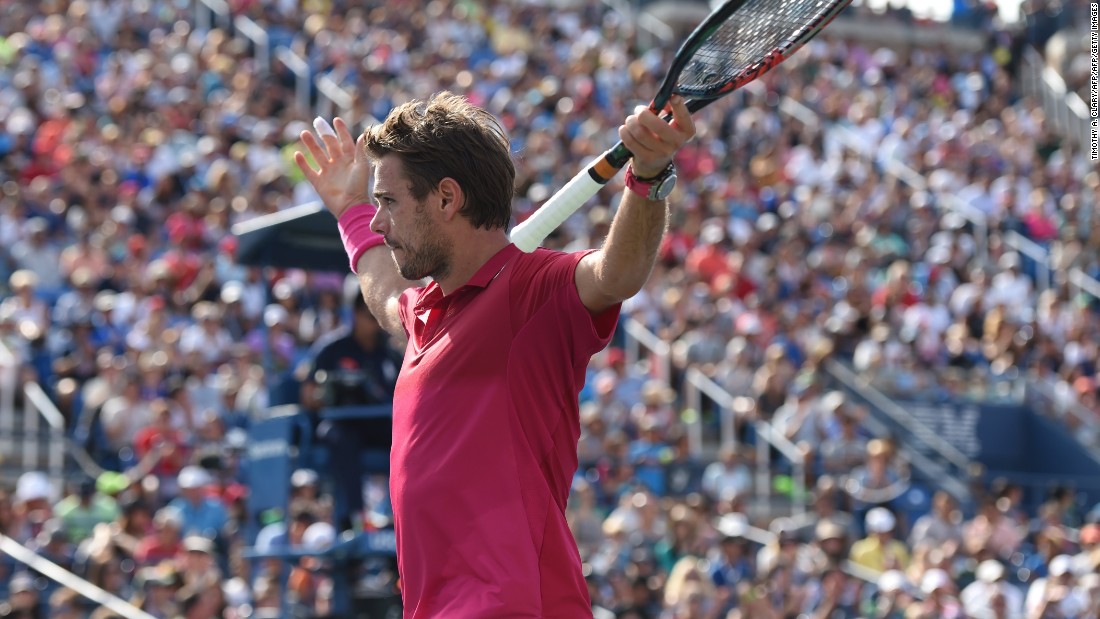 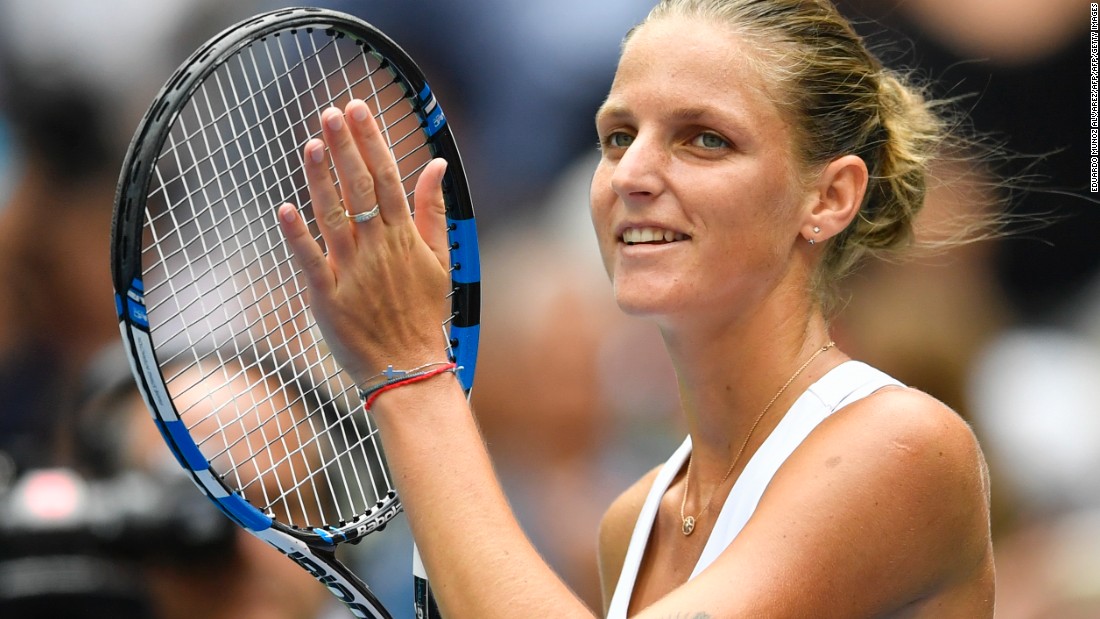 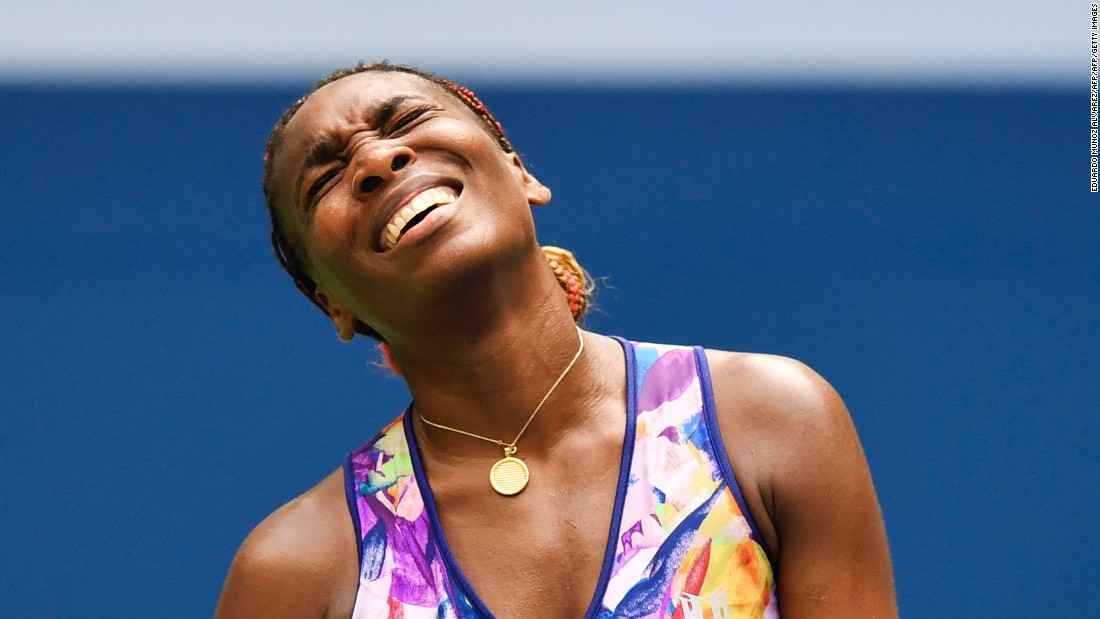 Williams, who won the last of her seven majors in 2008, held the match point at 5-4 in the third on the Pliskova serve. Pliskova saved it with a gutsy swinging volley.
Hide Caption
7 of 8 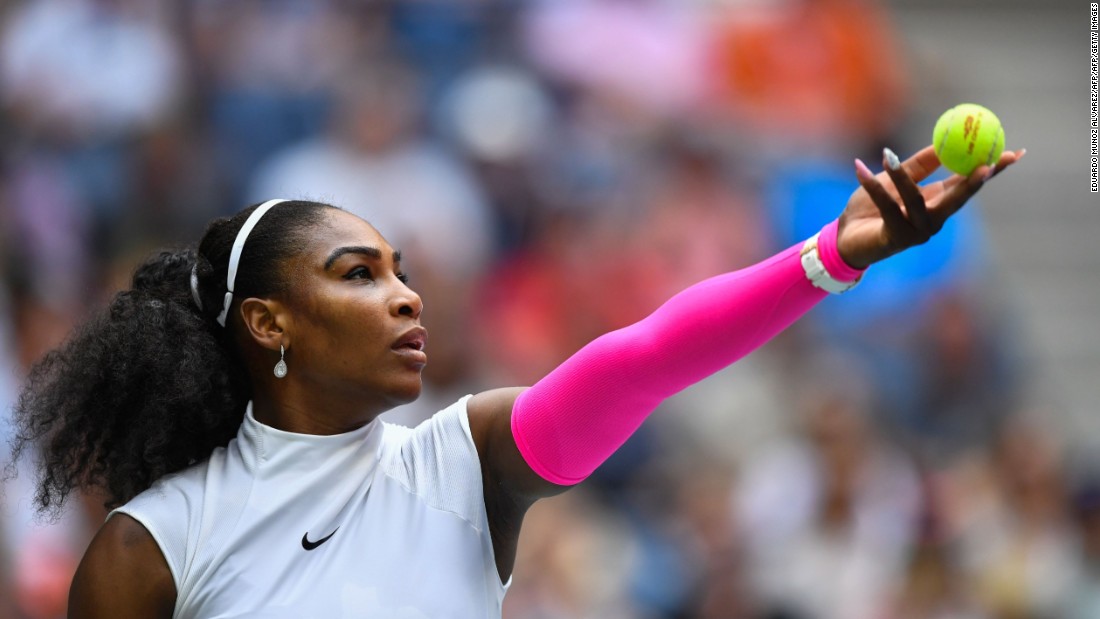 But there were no issues for her younger sister, Serena. The top seed crushed Yaroslava Shvedova 6-2 6-3 to record a leading 308th grand slam win.
Hide Caption
8 of 8 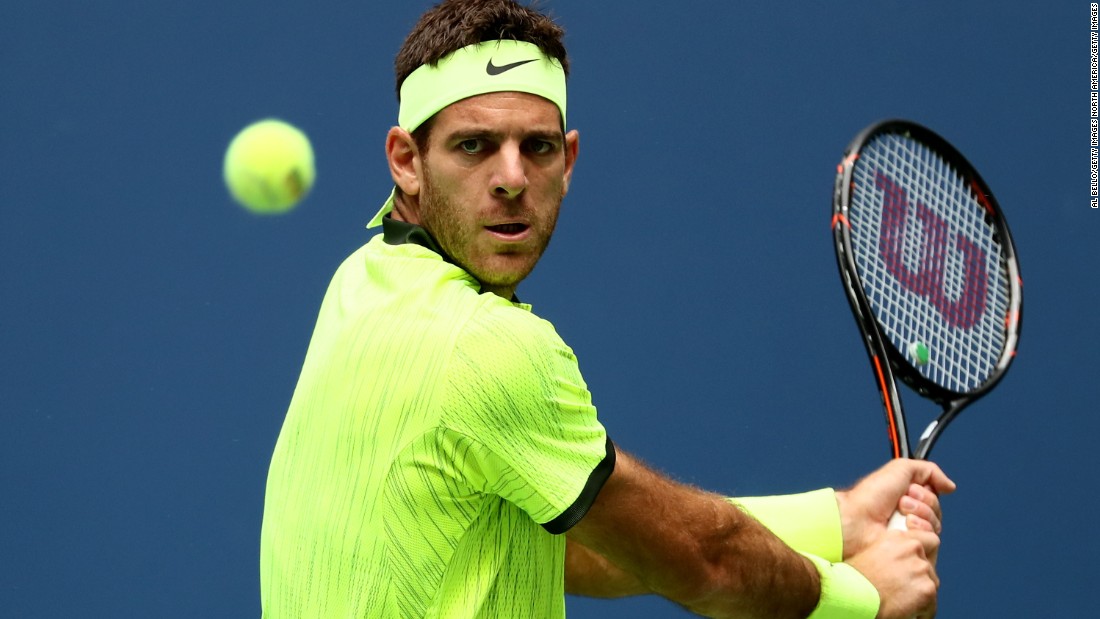 It appeared Pliskova would then cruise to victory, holding three straight match points at 6-5, 40-0 on her serve, which has produced the most aces on the women’s tour this year.
But Venus Williams duly won five straight points with some scintillating tennis in front of her home crowd to force a tiebreak, only to trail 6-2. This time there was no coming back and the 11th-seeded Pliskova achieved a significant milestone: Reaching a maiden grand slam quarterfinal.
The Czech’s next foe is a fellow first-time grand slam quarterfinalist with a hefty serve, Ana Konjuh, who upset Agnieszka Radwanska 6-4 6-4 after losing a heartbreaker to the Pole — wasting three match points — at Wimbledon.
Venus’ younger sister Serena didn’t suffer the same fate on Arthur Ashe stadium. The top seed crushed Yaroslava Shvedova 6-2 6-3 to collect — speaking of milestones — a 308th grand slam win to surpass Roger Federer for the all-time lead. In the night session, Andy Murray crushed Grigor Dimitrov 6-1 6-2 6-2.
“Oh wow, it’s really exciting,” Serena told the crowd. “308 sounds pretty good.”

She will be heavily favored to get to 309 against Simona Halep, a 6-2 7-5 winner over Carla Suarez Navarro, in the quarterfinals. Entering the US Open with concerns over her serving shoulder, the 22-time major winner hasn’t been broken through four rounds and uncorked the fastest serve of the women’s tournament at 126 miles per hour (203 kph).
The shoulder seems just fine.
There was a moment in del Potro’s clash when the Argentinian’s backers must have been holding their breath.
His career derailed by four wrist surgeries — no other grand slam winner in recent history, perhaps ever, has been hit as hard by injuries — del Potro wanted the trainer at the first changeover. The wrist wasn’t the issue but instead his serving shoulder.
And in the second set, a retirement followed.
It wasn’t the 2009 winner, though, but his younger foe.
Whereas the shoulder complaint to del Potro ultimately seemed minor, Thiem grimaced while striking a shot and the eighth seed called it quits with a knee injury while trailing 6-3 3-2 on center court. He has paid the price for playing too much in 2016.
For the first time since Wimbledon 2013, del Potro — who missed most of the previous two seasons due to his wrist problems — had reached the quarters at one of tennis’ top four tournaments.
“It’s never good to win a match this way,” del Potro told the crowd. “I wish all the best to Dominic.”

Back in Top 100 ✔️
Back in #usopen quarterfinals ✔️@delpotrojuan through as Thiem retires. https://t.co/cjDQWzjb6b pic.twitter.com/SM32fCsNix

You know he meant it, what with all his health issues. He needed a wild card to play at the US Open since his ranking sat at 142nd.
Del Potro returned to the circuit in February and pulled off a memorable victory at Wimbledon by ousting Stan Wawrinka before tiring against Lucas Pouille — the flashy Frenchman who upset Rafael Nadal on Sunday.
Del Potro truly showed some of his older form, however, at the Olympics in Rio last month. Spurred on by Argentinian fans who made the short trip to Brazil, del Potro ousted Nadal in the semifinals and almost took Murray, the most in-form player in tennis, to a fifth set in the final.
Del Potro is feeling the love in New York, too.
“I really don’t know what’s going on,” he said. “But we have a good connection, between the New York City people, between the Argentinian fans, the American fans, and I’m really enjoying playing in this stadium. It’s amazing for me.
“I was really sad at home during the last two years when I got the injury to my wrist and I was watching this tournament on TV. But now I’m here again and I will have the chance to play in the quarterfinals. That’s great for me.”

Del Potro, arguably, has the most powerful forehand ever in the men’s game; he ripped one down the line against Austria’s Thiem that drew gasps from the crowd.
Pleasingly for his supporters, he is hitting through his backhands more rather than simply slicing. Slicing eliminates the shock to his left wrist, which has been operated on three times. The next step is to add more pace to the backhand.
Del Potro next battles twice grand slam winner Wawrinka and if he triumphs, Murray looms in the semifinals. Wawrinka, forced to save a match point in the third round, had less trouble Monday despite a third-set wobble.

TRUMP APPEARS TO BE LYING, AGAIN, TO SAVE HIS OWN ASS